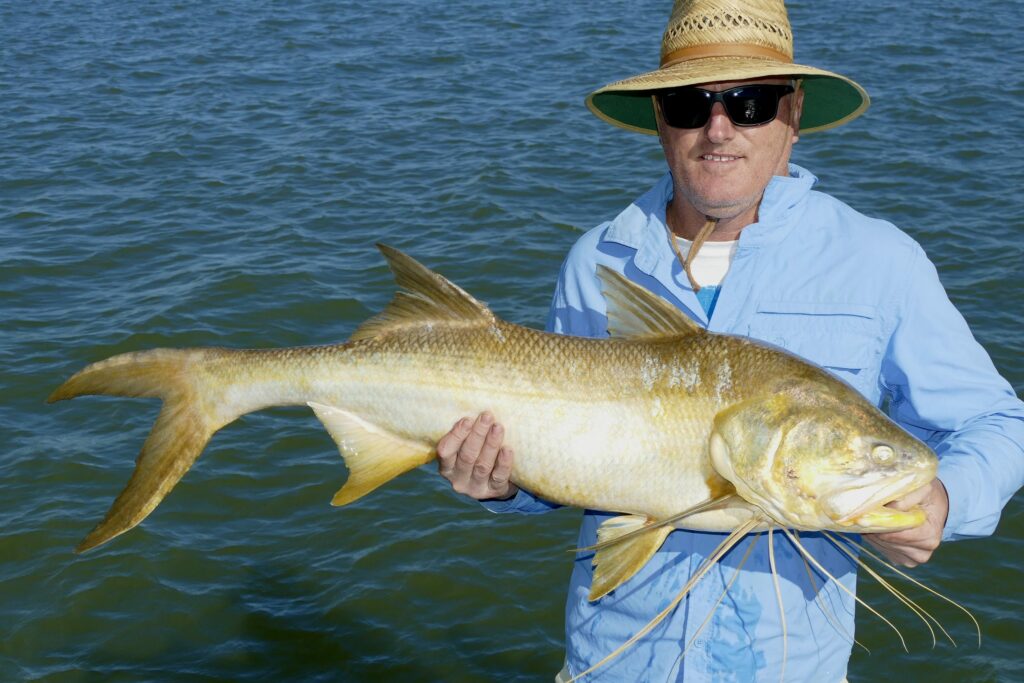 We offer a personalised charter where it is only your party on the boat, we do do split bookings or add other people to make up numbers. If you book as a single angler, it will be one on one with our excellent guide, Nathan Johnston.

FULL DAY CHARTER: Minimum 8 hours and includes pick up from accommodation, lunch, snacks and drinks as well as all fishing equipment.
Full day charters include your choice of the following fishing experiences:
– Barramundi & King Threadfin charters anywhere in the extensive Fitzroy River system including downstream of Nerimbera Boat Ramp or departing from Port Alma boat ramp
– Keppel Bay pelagic, flats and reef fishing departing from Rosslyn Bay Boat Ramp
– Sighcasting for Saratoga in western impoundments departing from Rockhampton
– Other options depending on your interest and where the fish are biting!

It would take more than a week on the water to see the entire Fitzroy River and Delta, not including coastal or freshwater fishing, so why not make the most of your time with us and book a few days to better explore the great fishery we have in the Capricorn Region!

Charter Regular Bonus!
Please note that charter regulars get access to shoulder season rates all year round. A charter regular is defined as someone who has completed at least five full days of charters with Nathan as guide.

Peak Season: includes the warmer months before and after the Queensland barramundi closed season (February, March, April, May, mid-August, September and October). Species that can be targeted during the peak season include all of the fish available during the shoulder season along with the iconic barramundi.

Guided Fishing DownUnder is based in Rockhampton QLD.